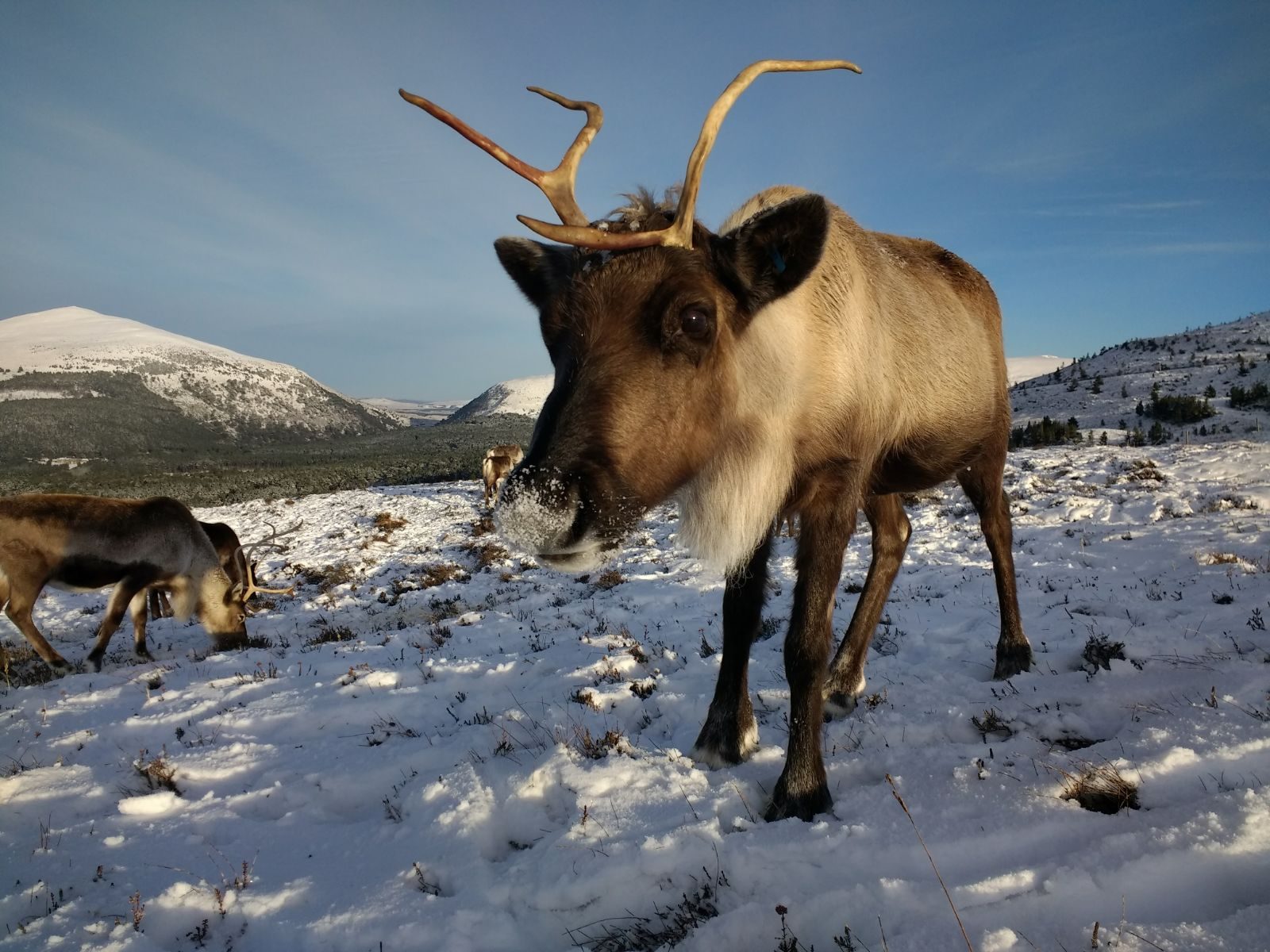 If you’ve visited us in the last couple of years and met Boris up in the hill enclosure, there’s every possibility that he was the reindeer that left the strongest impression on you. However, he’s not, shall we say, our finest specimen in the herd. He’s not particularly big, nor does he grow the most impressive antlers, but he is, without even a shadow of doubt, the ugliest reindeer in the entire Cairngorm herd (if you’ve not met him, have a good long look at the photos before you say ‘awww, poor thing’…).

Boris was born in 2012, but way out on the mountain free-range rather than in our hill enclosure. We therefore only saw him once in his first summer, and at that stage nobody noticed something rather strange about his face. It was only when he and his mum Foil came into our hill enclosure in the autumn that we realised something was amiss. At first glance it looks like his eyes are wonky, but in reality both are the same distance below his antlers, and it is only below eye level that his nose takes a dive to the right with alarming squint-ness! As Boris has got older and his skull has continued to grow, the nose has become more and more wonky, but it never appears to cause him any problems, and is instead garnering him quite a fan club. Tilly once saw him having a wee sip from a puddle in a neighbouring field that no other reindeer could reach underneath the fence, so perhaps it has its advantages! Somebody who volunteered here a couple of years back once told me they had seen a similar condition in a red deer before, caused by the nasal passages developing in the womb at different rates. I have no idea if this is indeed the case, but anyone reading this has any knowledge on the subject, we’d be delighted to hear from you. We have seen it before, in a lovely male reindeer named Addjá who joined our herd from Sweden in 2004, but his face is barely squint at all in comparison to Boris; he could almost be called handsome! Although I’ve just looked through his photo archive to choose a picture of him – and on second thoughts, perhaps not.

When we take our harness trained reindeer on tour at Christmas time they are trained to pull a sleigh side by side, and as Addjá’s nose bends in the opposite direction to Boris’s, this has led to a bit of a debate here. Should Boris go on the left and Addjá on the right so their noses point into the centre (more stream-lined?) or should it be the other way around? As Addjá is an old boy now and Boris isn’t yet trained to harness, this may be a question we never get to figure out the answer to.