Don’t you ever wish you could just lie down and take a snooze if things are taking too long?? With their thick coats, that’s exactly what reindeer do – everywhere can be a bed! Here’s some shots of them having a snooze in the snow a few weeks ago…

This year I was lucky enough to spend May looking after all the cows and calves during calving season, whilst most of the country was in lock-down. This was my first calving season and I found it really fascinating to watch how the behaviour of the reindeer changed once they had calved. Especially for the first-time mums who were acting purely on instinct, which amazed me how strong that is! There were a couple of things that I noticed a few of the mum’s doing in the hours and days after they had calved which I thought might be interesting to read about.

The very first job of a reindeer once she has calved is to lick her calf dry. This year some of our calves were born in the snow so they want to get dry as quick as possible so that their fluffy calf coat can keep them warm. I was incredibly lucky to be able to watch Brie calve this year, I watched through binoculars as she carefully licked all the placenta off the calf, Cicero, until he looked like all the other calves I had seen at a couple of hours old – fluffy rather than slimy. 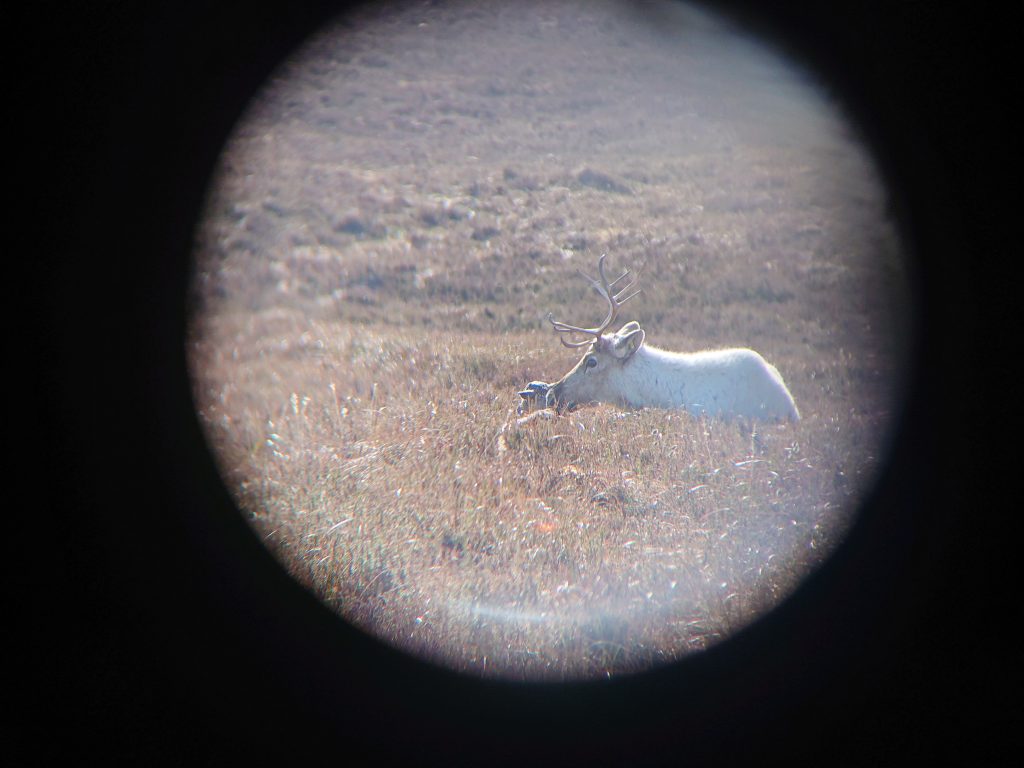 Being an arctic animal, every bit of nutrition reindeer can get is very important – placenta included. We found Ibex and her calf Flax when she was a couple of hours old, by which point Ibex was obviously feeling peckish. I can’t say that it looked particularly appetising to me but then I’m not a mother, nor a reindeer! 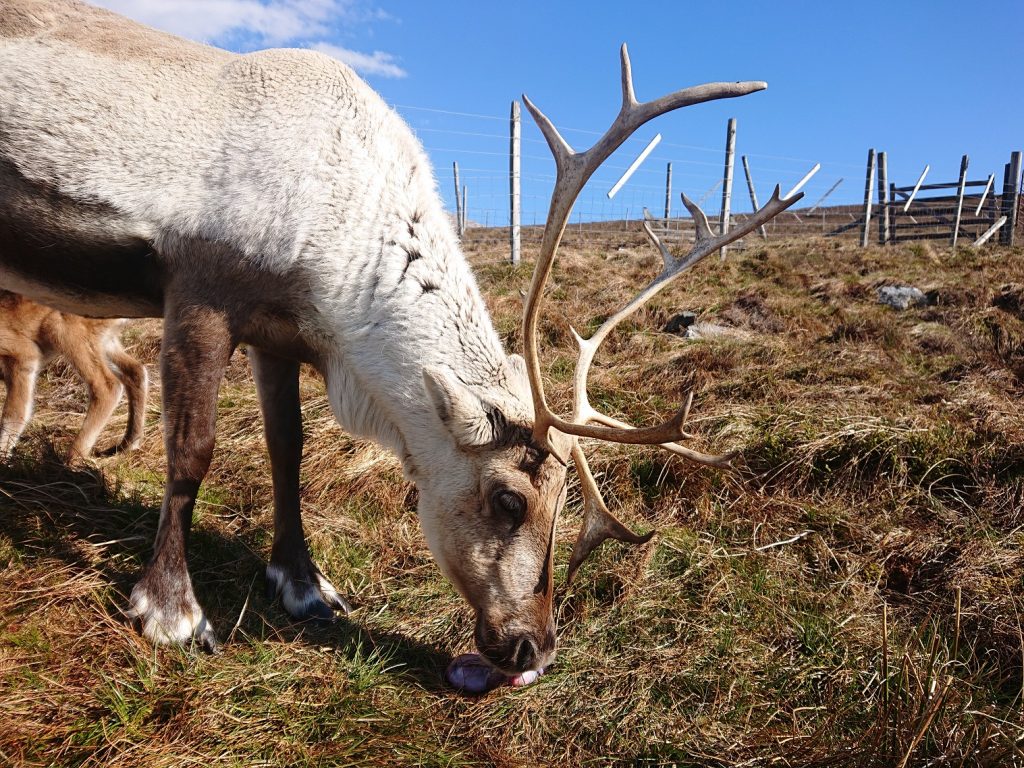 To stimulate the calf suckling the mother must lick her calf’s bum. This all works in a cycle because the cow licking the calves’ bum stimulates the calf suckling and the more that the calf suckles the more milk that the cow will produce! All resulting in a good strong calf. It’s also very important to help keep the calf clean, their very first poo can be very sticky and a couple of the mums – mostly the ones who had had many calves before – didn’t do a very good job of licking their calves bottoms meaning we had to do it instead (cleaning it, not licking it….)! I can’t really believe how something so smelly can come out of something so sweet, so I guess I can’t really blame the cows. When the calf is really young the mum will also lift her leg so that the calf can suckle whilst lying down, here is Pagan demonstrating both very well with her calf Pumpkin! 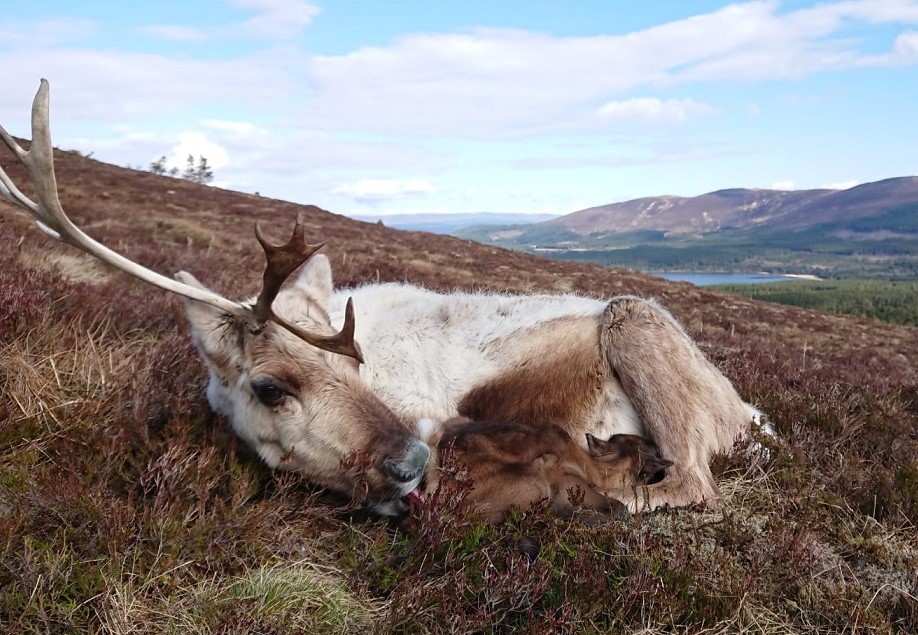 Teaching the calves to walk

The last thing that I found really interesting was the way that the mums get their newborn calves to start walking. As a prey animal it is very important that the reindeer are up on their feet as soon as possible. But how do they go from an incredibly wobbly newborn calf to the agile calves who can easily outrun me? The answer is lots of careful training from their mums. From when Cicero was about 20 minutes old, Brie started to stand up and walk a few metres away and wait for her calf to take a few wobbly steps over. The calf would then lie down exhausted for a while before she did the same again. Eventually the steps become less and less wobbly as the calves grow stronger. 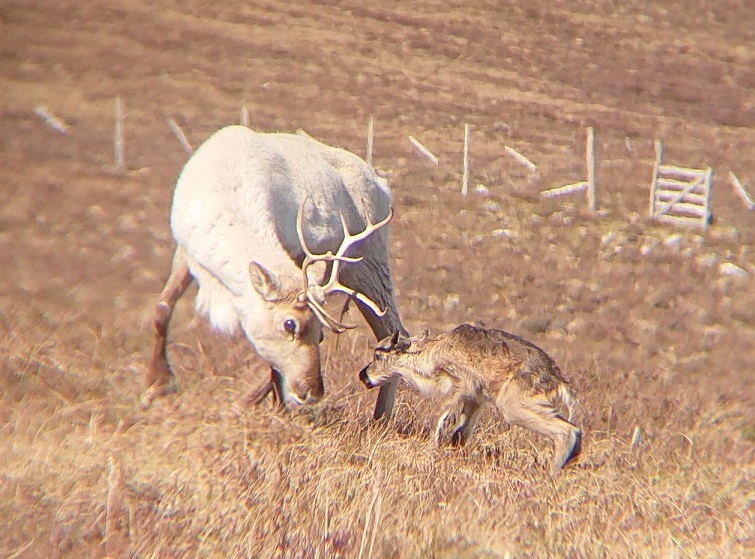