Skip to content
One of our adopters has brought it to our attention that the reindeer made an appearance in the Eagle comic, right back in December 1953, a mere 19 months after they first arrived in Scotland. He was kind enough to send us some scans and write a little bit for this week’s blog, so let me hand you over to John this week:
Published between 1950 to 1969, Britain’s Eagle comic was the creation of the Reverend Marcus Morris, an Anglican vicar, and Frank Hampson, who created its now world-famous space hero, ‘Dan Dare’. Alongside the famous space pilot, the weekly comic mixed a variety of other adventure and humour strips, and offered a range of features to appeal to its audience of largely teenage boys. (Publisher Hulton Press also published GIRL, for girls, and Swift and Robin, for younger readers, in similar formats).
Unusually, the comic had an editorial budget well in excess of what might be expected in comparison for a similar title today, and was able to commission a variety of articles – and send their in-house writing team (and freelancers) to all four corners of Britain to cover stories. Reporter Macdonald Hastings (who would go on to become a word-famous war correspondent) filed reports from far-flung parts of the world under the title of Eagle Special Correspondent reportedly making around £5000 pounds a year by 1952.
For Eagle’s 1953 Christmas issue, he was dispatched to the Cairngorms, to visit the Rothiemurchus Forest Reindeer Reserve, where he met Mr Nicolaus Labba the Laplander, who introduced Mr Hastings to some of the herd and offered some thoughts on the future of the project.
N.B. Scans of the whole pages won’t show up on our blog here big enough to read, so we’ve chopped up the article into separate sections so it can (hopefully!) be read easily enough: 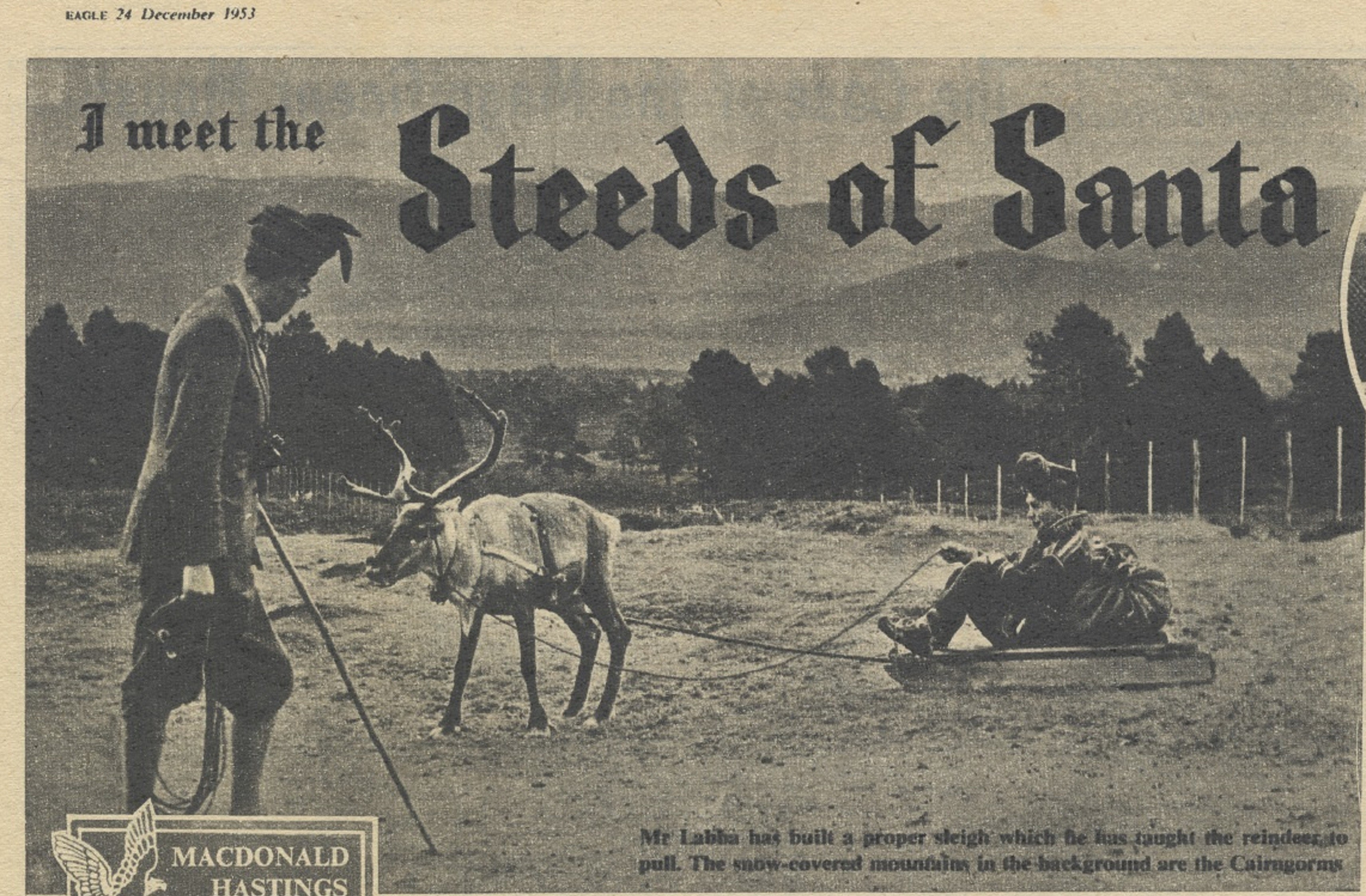 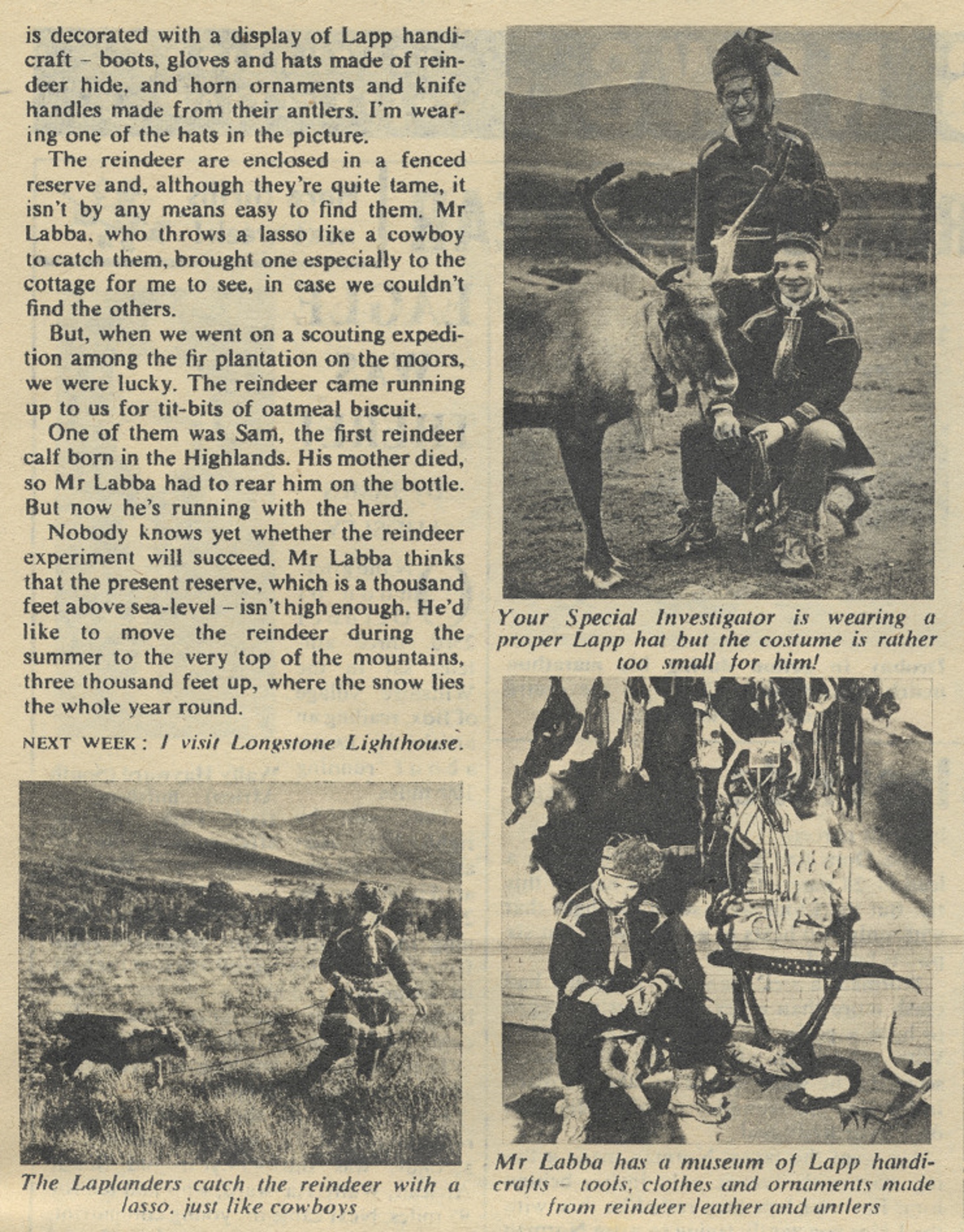 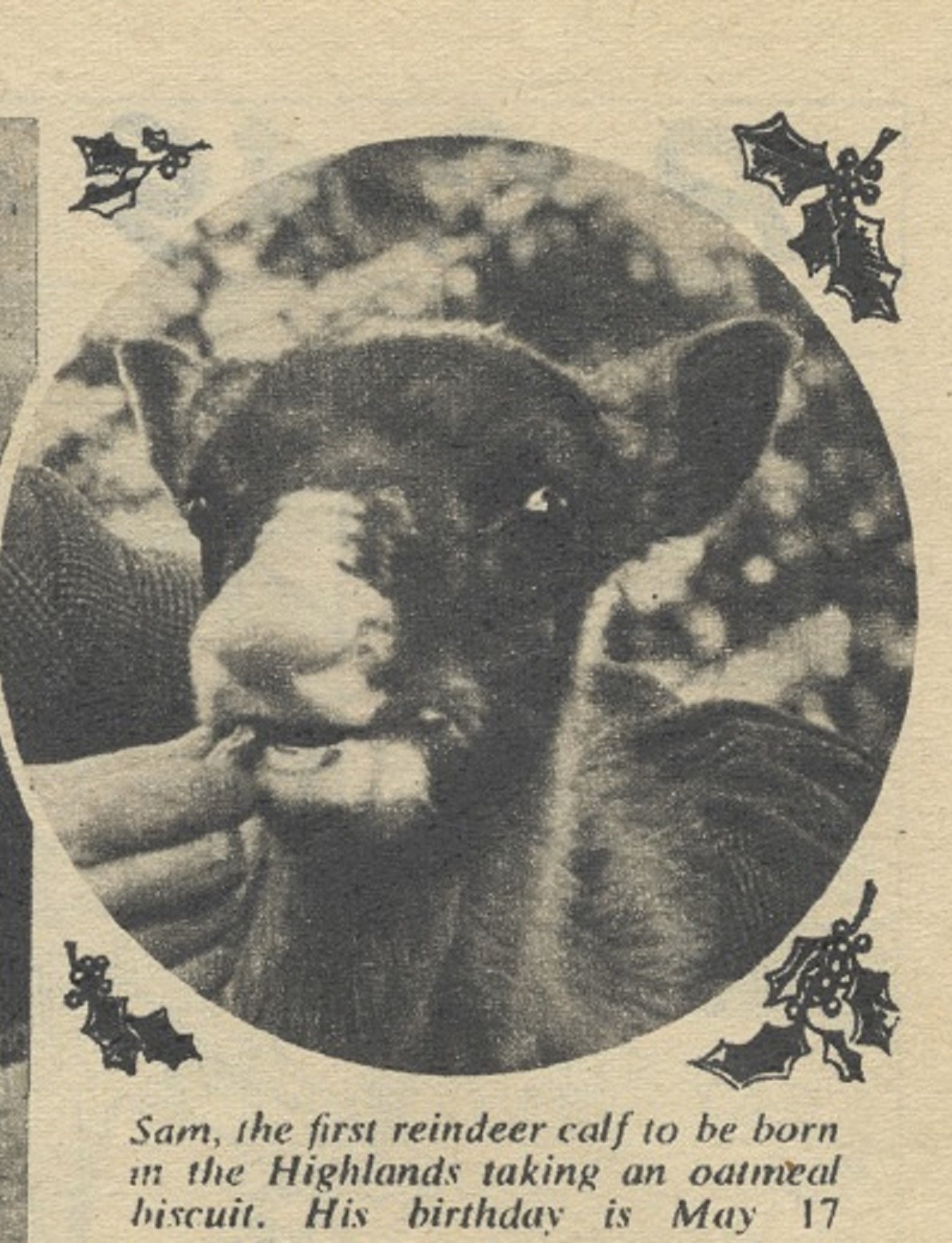 So, yes, it’s true – the Cairngorm Reindeer really did rub shoulders with Dan Dare!
Eagle merged with another comic, Lion, in 1969 which in turn lasted until 1974.
John
N.B. To add some more context, Nicolaus  Labba was a cousin of Mikel Utsi, the man who first brought the reindeer back to Scotland from Sweden in 1952, arriving with Mr Utsi in 1952 and spending the next few years as his assistant.

More information about Nicolaus Labba and the history of our herd here in Scotland can be found in our book Hoofprints, available here on our website.