Chris has been on at me to write another blog, but with Christmas round the corner (at time of writing) I’m a bit pushed for time, so have been racking my brain for a blog that is mostly photos… Which to be honest, I think a lot of the time is all people really want to see, rather than read a load of text.

With the loss of old lad Paintpot this autumn, I thought I’d show you all the course of a reindeer’s life, from baby calf to OAP. At 11 years old he didn’t make it as long as some reindeer manage, but 11 is still a perfectly respectable age for a reindeer, especially a male.

Paintpot was born in 2009, in the year that we named reindeer after animals with horns or antlers. Yes, I see your confusion. As a calf Paintpot was white but with one black foreleg, as if he’d stepped in a pot of paint – a nickname that stuck. I couldn’t find a photo of him as a really little calf so have resorted to freeze-framing our DVD, hence the poor resolution. 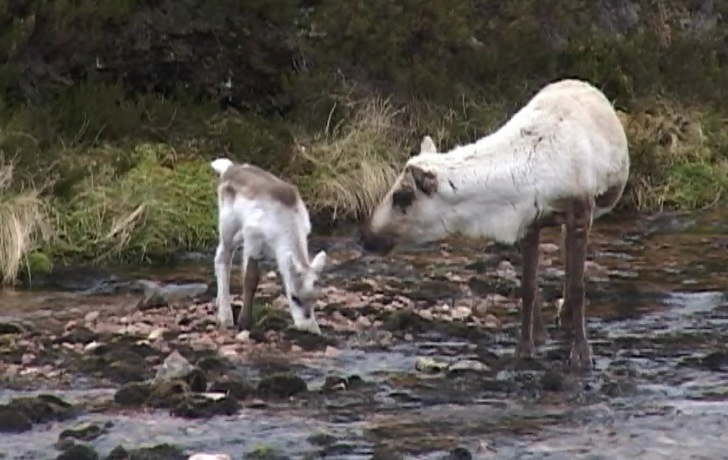 At two months old, Paintpot’s calf coat is already beginning to fade, his face marking not so visible. Here he is with his mum Shine, out free-ranging on the mountains for his first summer, and just starting to grow his very first set of antlers. 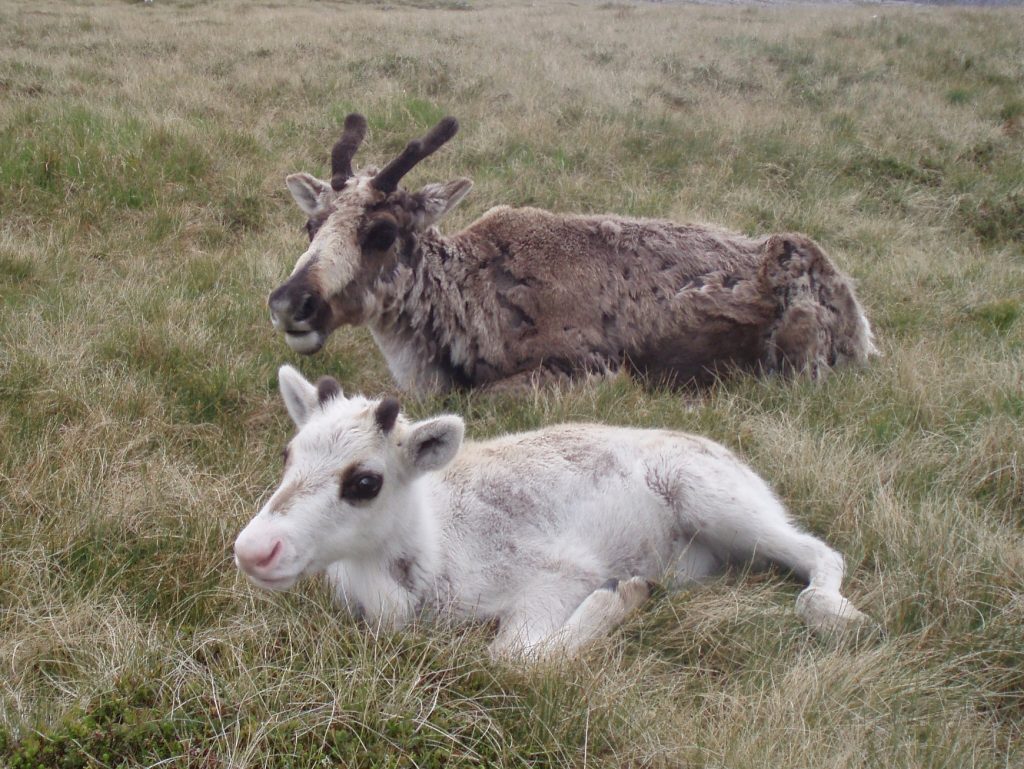 The calves moult their baby coats in the summer and when their new winter coat grows in again in the autumn they look more like mini adults. The cute baby look is sadly gone. At 7 months old, his adult winter coat is showing his markings more clearly. 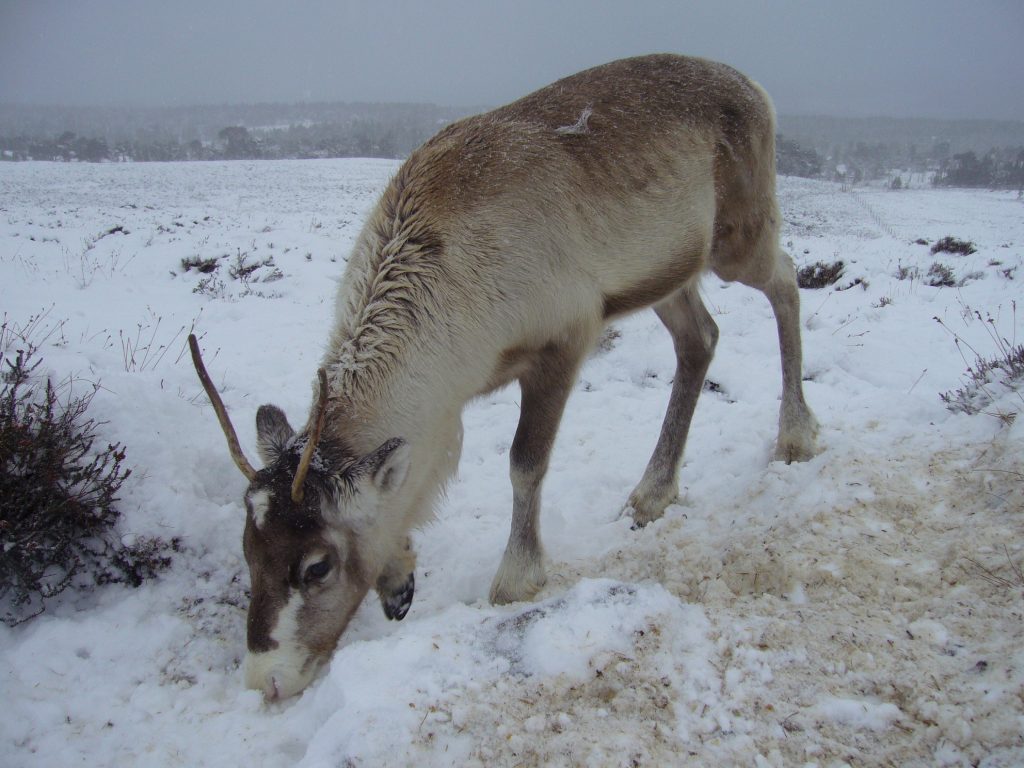 From now on the photos are all taken in September of each year, as I do the photos for the adoption certificates in this month, when reindeer look at their best, full grown antlers and fresh winter coats. At a year and a half old, below, Paintpot definitely has the look of a naughty child about him, full of mischief and wanting to poke anyone and everyone with those sharp point antlers…anything to be a general pest… 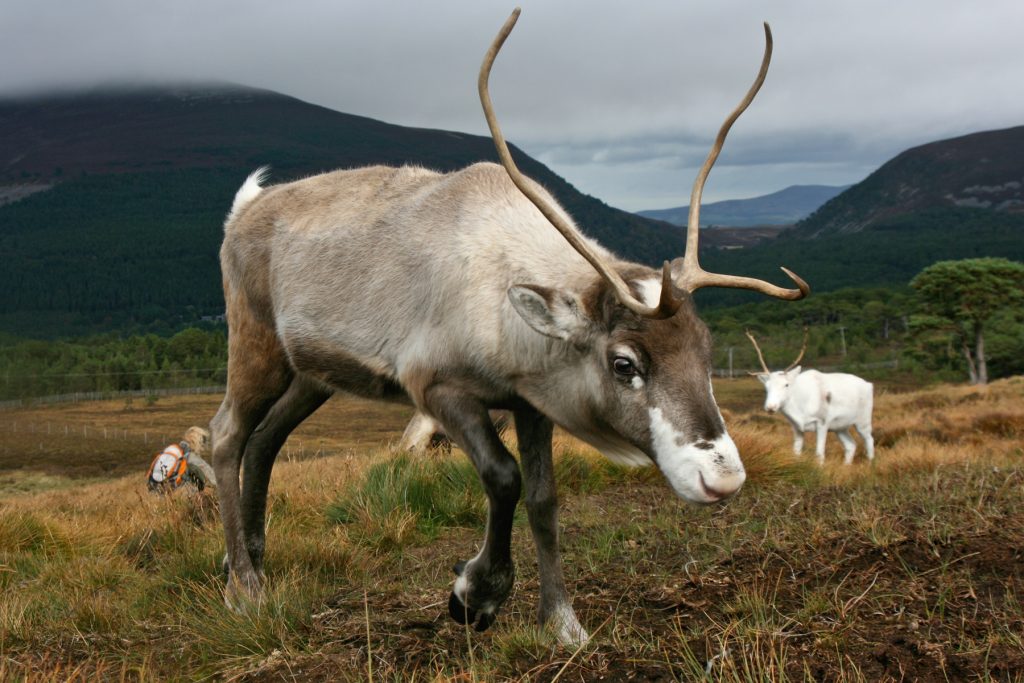 At two Paintpot has grown a huge amount, his antlers are much larger and his ego and testosterone level has gone up too! Two year old bulls are generally a total pain, confident enough to be awkward should they choose to challenge us, and ruled by their hormones. Teenagers… 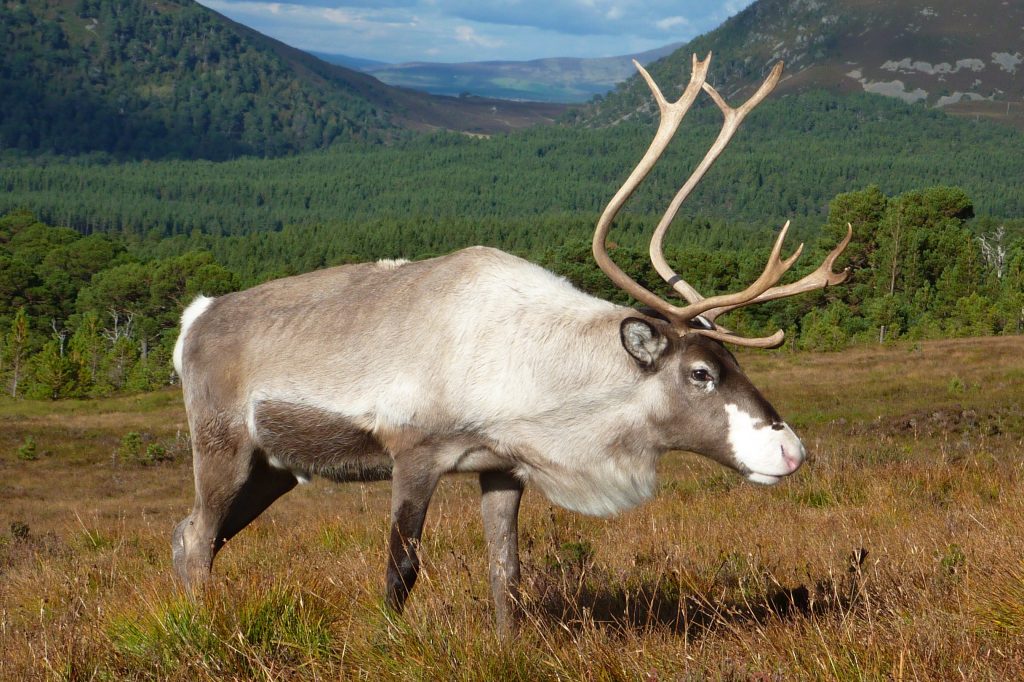 Reindeer reach fully grown as three year olds, height-wise at least. Like humans, after that it’s generally outward growth rather than upward! At three Paintpot is pretty impressive with enormous antlers, although not particularly elaborate ones (you’ll see throughout the whole series of photos that his antlers are always relatively simple – that was just his antler shape). Three years old is when we castrate our male reindeer too, so you’ll see the big change here is that Paintpot’s antlers are no longer ‘clean’, the velvet skin remaining right into the winter rather than stripping away cleanly in early September. Castrating reindeer changes their hormone balance, and antler growth is controlled by hormones, hence the different appearance between bulls and castrates throughout each autumn. 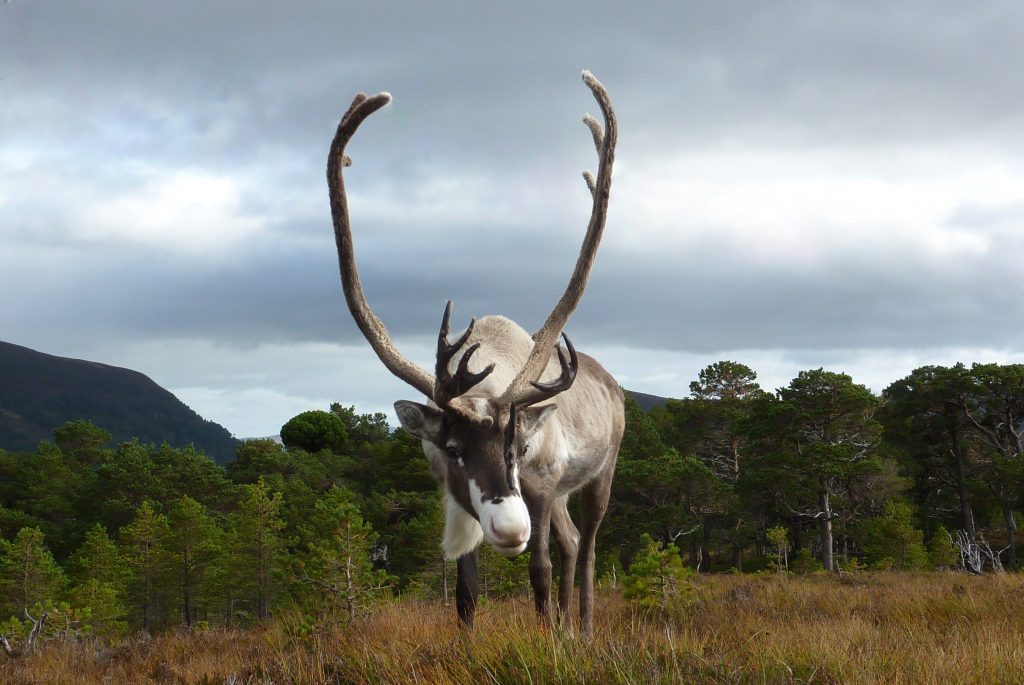 The next two photos below, taken in 2012 and 2013, show Paintpot as a young castrate, his antlers smaller than before (another ‘side-effect’ of castration) but still a decent size, his coat smooth and sleek and the alert face of a youngster. 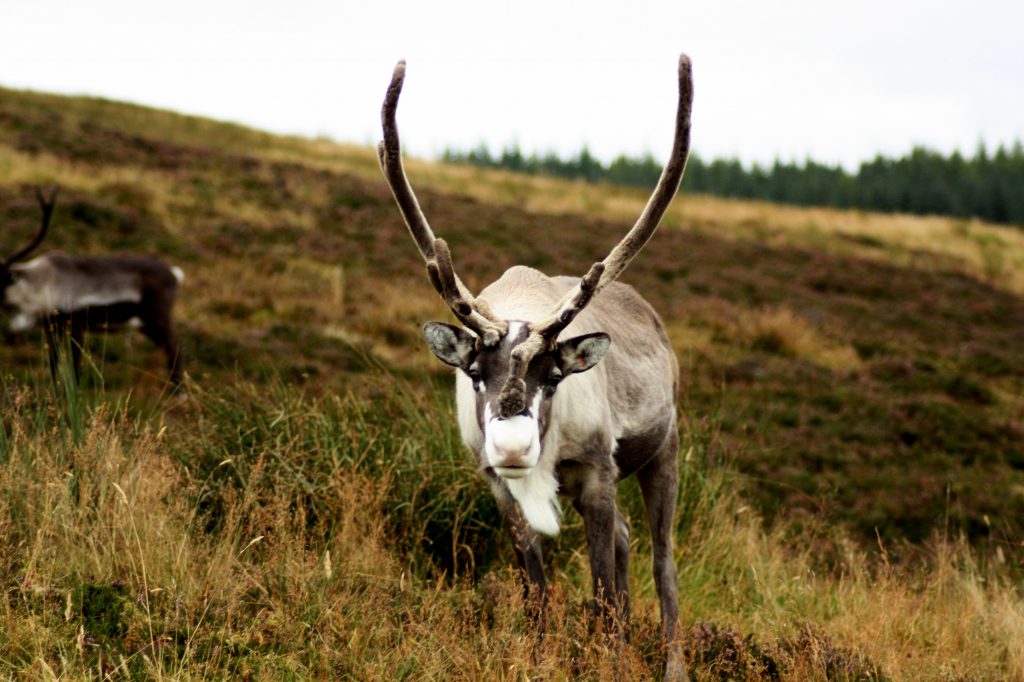 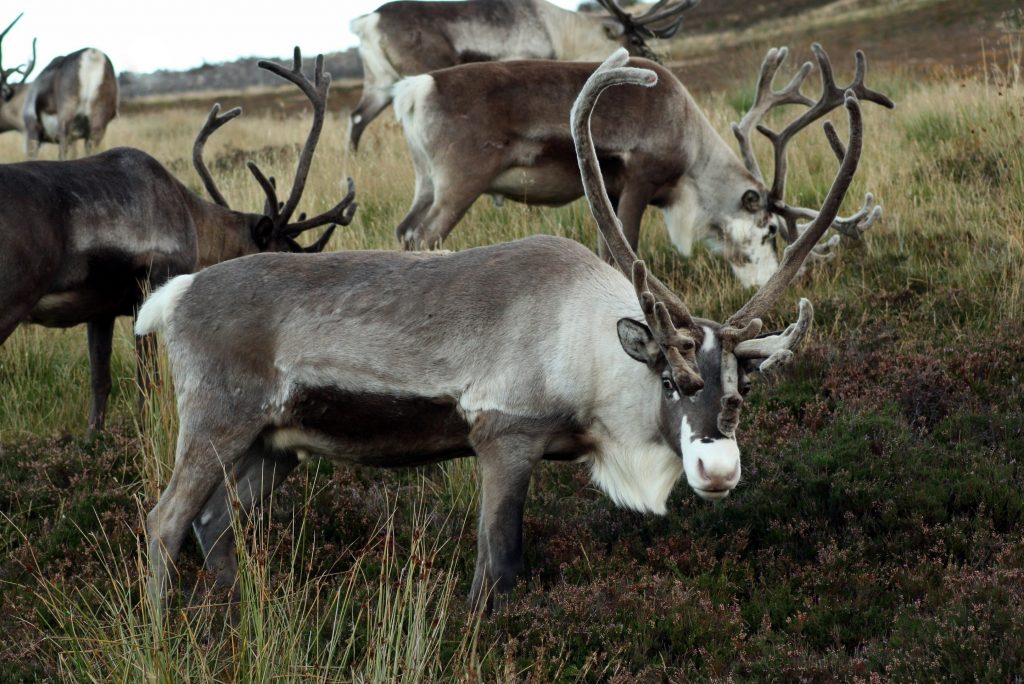 But then, as Paintpot reaches middle-age at 6, there is a bit of a change noticeable. Still excellent antlers (good grazing that year, obviously!), but his coat isn’t quite as sleek as before and he just has a general look of a reindeer not quite so much in the flush of youth. I know how he feels at this point. 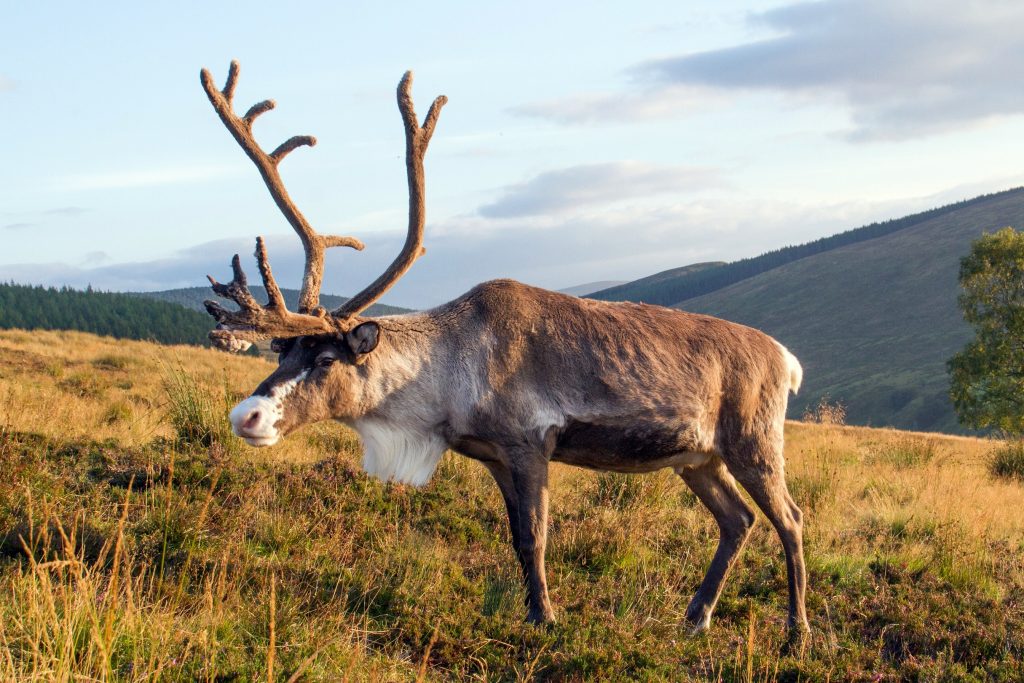 And in 2015, below, there is an obvious change yet again. The antlers are much smaller and not so clean cut, with more points lower down looking a bit scruffy. More ‘castrate-y’. Bulls and young reindeer have neat and tidy antlers in general, while older castrates have smaller, ‘busier’ antlers. 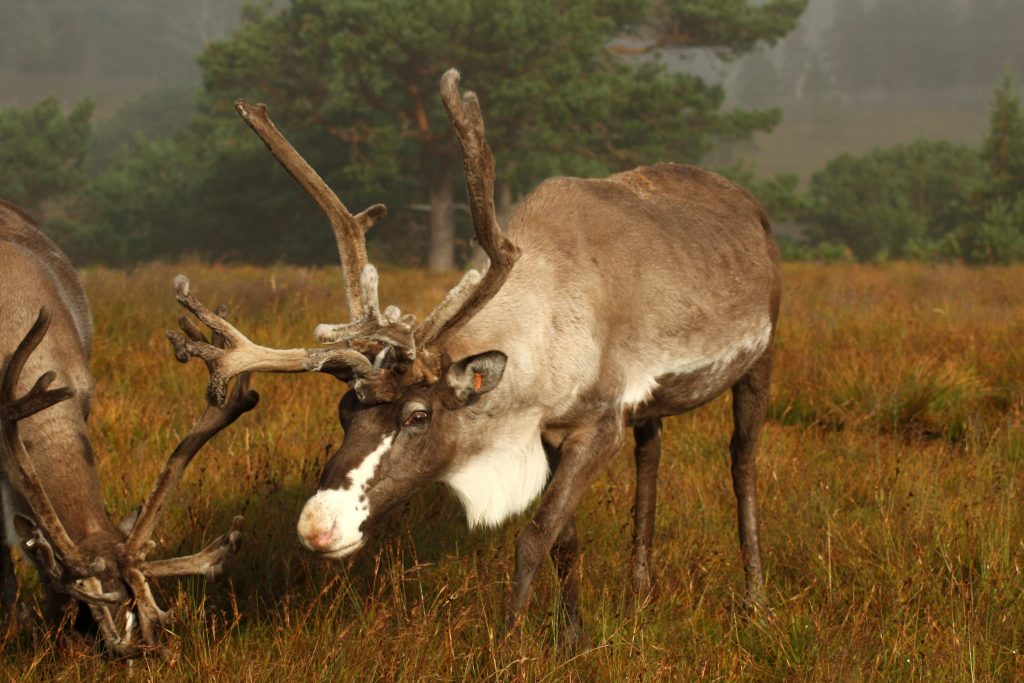 This trend continues in 2016 as Paintpot reaches age 8, and he has by now adopted his default expression (‘grumpy toad.…). I always thought his dad Sirkas looked like a toad, and here he is the spitting image. What an expression! 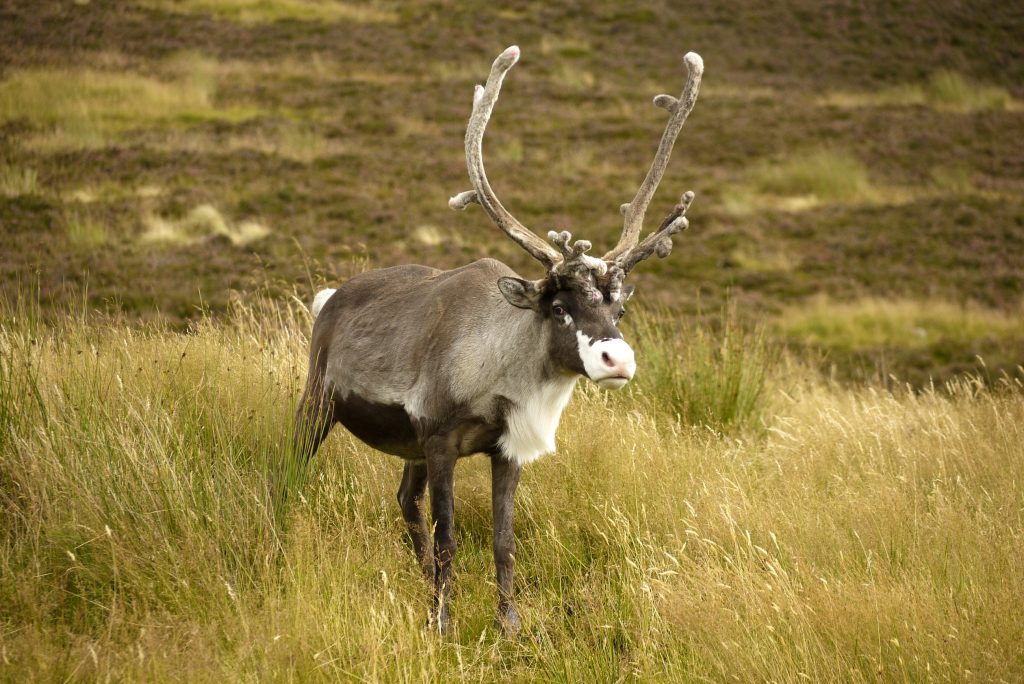 By age 9, Paintpot has aged enormously, and now looks like an old reindeer. Some reindeer seem to reach this stage relatively early, like Paintpot, while some reindeer spend ages in the middle aged stage with no obvious visual sign that they are getting on a bit. It just varies from animal to animal. 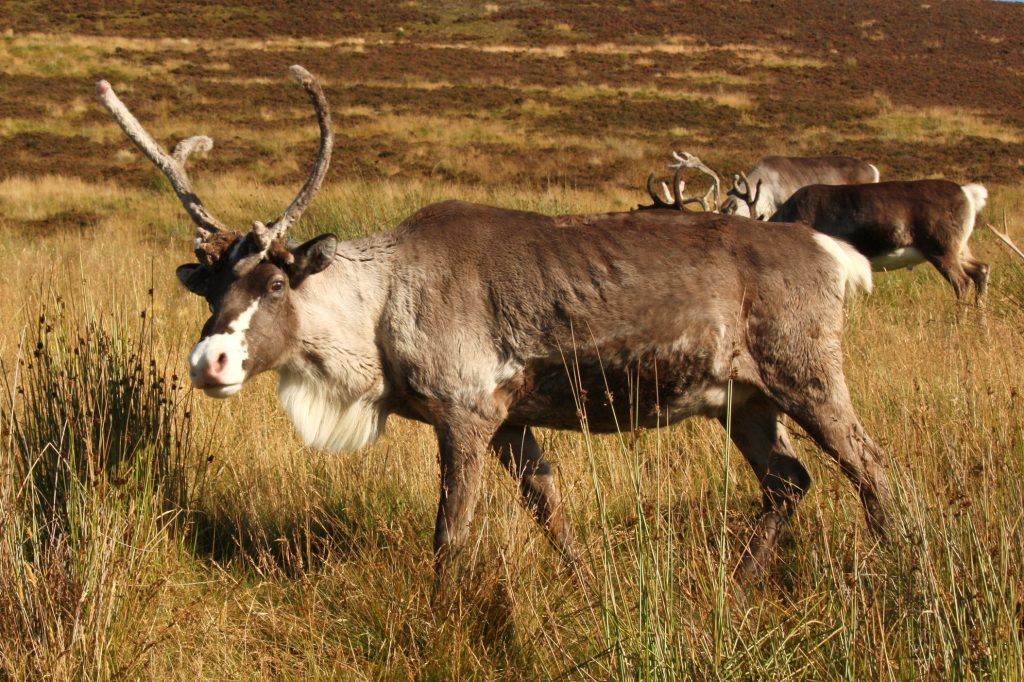 The last photo I have of Paintpot, taken in September 2018, shows him aged 10. An old lad and very definitely in the OAP category, but still looking well. In fact he looks exactly the same as the previous year, as if the photo had just been taken from the other side! 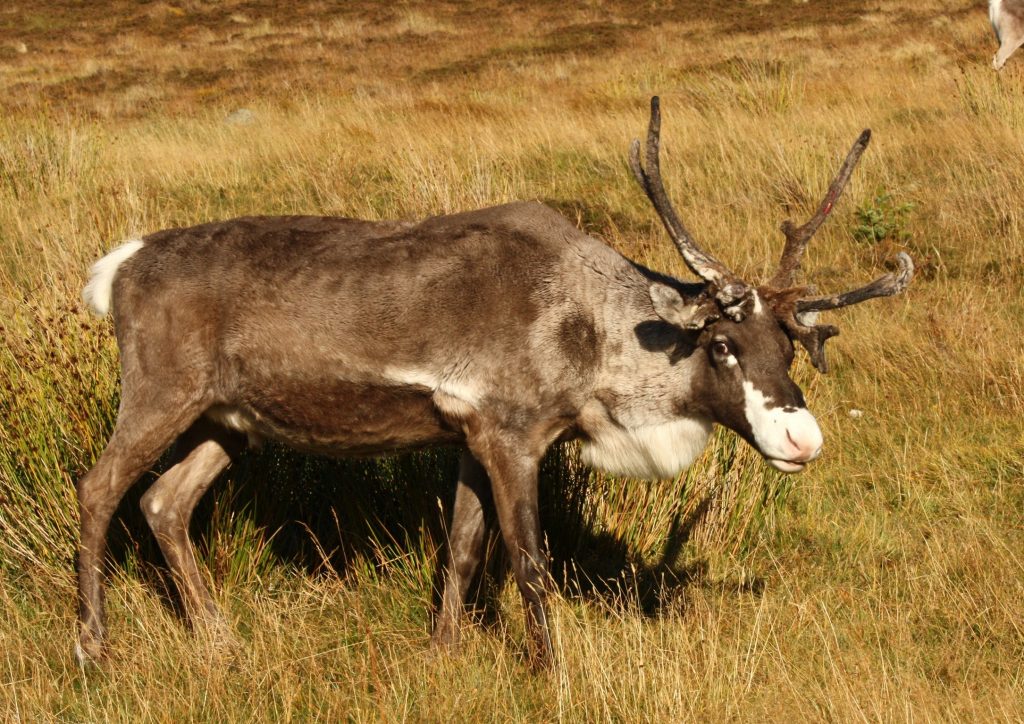 So there you go. Paintpot lived for another year after that last photo, but I never did get a final photo of him before he passed away. But there’s the course of a life right in front of you, fast-forwarded, yet ticking all the boxes that advancing age throws at us. Slightly different boxes to a human perhaps, but none the less recognisable.

As it turns out, I just can’t write a short blog. I really do try, but the words keep coming. But I’ve had an enjoyable hour reminiscing about a favourite buddy of mine which was a nice break away from the (probably more important) things I should have been doing, so thank you Paintpot for the memories, and Chris for hassling me into writing a blog once again!

One Reply to “The Course of a Life”