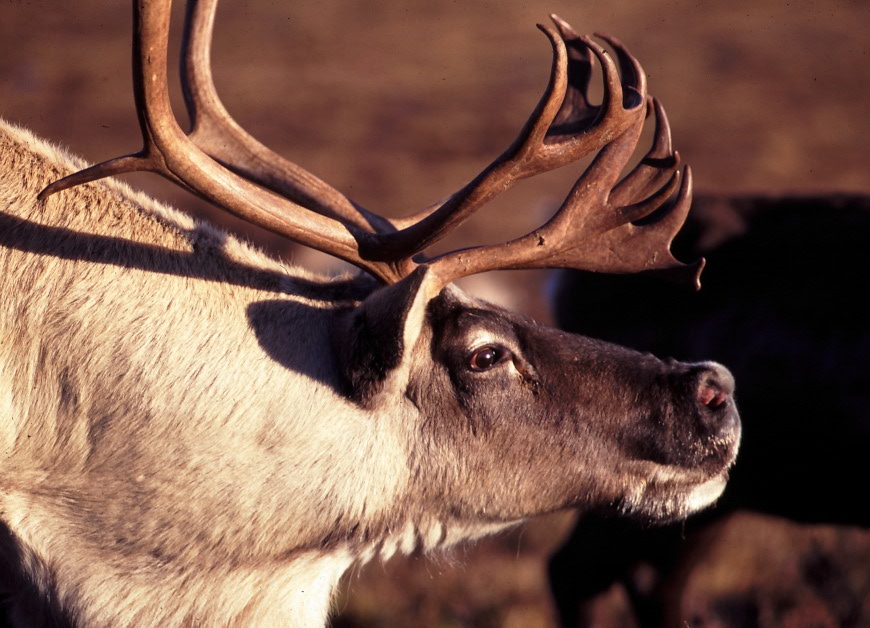 Deer in general are fairly quiet animals, uttering little or no noise in their daily lives. However there are two quite vocal times of year, in the spring when female deer calve and in the autumn when the males are competing for the breeding females.

But the call of the rutting males can be quite different and is sometimes meant to warn off competing males and signal ‘how big and tough’ they are. At this time of year in the forests and glens of Scotland the red deer are in full rut and they make a fabulous bellowing noise rather similar to the roar of a lion. There have been scientific studies on the meaning of bellowing and it has been proven that the more times a stag roars at one session the more likely he is to be a successful breeding male.

However Reindeer (and Caribou) do not bellow like red deer but instead ‘grunt’ rather like a female calling to her calf, but more ‘gutteral’. And the grunting only really takes place when a bull is chasing after a cow. It is not a loud noise and certainly is not a threatening call in the same way as the red deer bellowing.

Roe buck, patrolling his territory will bark (like a dog) to challenge other bucks who dare to step a foot in his domain and Fallow bucks are different again, issuing a husky, rolling grunt in an attempt to attract the does and warn off other prospective males.

The non-native Sika deer, which were introduced into GB at the turn of the last century, have a characteristic kind of whistle, which turns into a high-pitched scream during the rut.

So there is a vast variation of noises from grunts to screams, even among the deer found here in Great Britain. So if you go out in the countryside at certain times in the year and hear something unusual, don’t take flight, it will probably be a female and young calf, or else a harmless male deer in full flow because it’s the rutting season..

One Reply to “Calling all deer..”